James Nolan: From Scattery Island to the Crimea 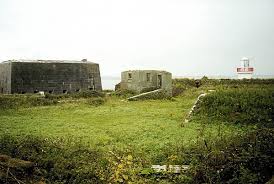 In 1848 James Nolan from Shannonbridge joined the Royal Artillery Regiment of the British Army in 1848 and was stationed for a time on the Napoleonic Battery on Scattery Island from 1850 – 1856.   During that time, he met and married islander Ellen Scanlan whose family would have only come on to the island in the 1840s. The Scanlans were one of the pilot families who rescued the Windsor Castle in 1843 and leased land on Scattery from Marcus Keane with the salvage money.

When James’s time on the island came to an end, he and Ellen went to England and James went on to fight in the Crimean War. In time he settled in Scotland and the attached document is a link to a piece contributed by one of his descendants, Caireen McGhee.

From Scattery Island to the Crimea. (136 KB .{docx*} file, opens in a new window)
Caireen McGhee