You are here: HomenextPlacenextScattery Island Links; A musical tradition

Scattery Island has many links to people and traditions scattered far and wide. One such link is a musical one.

Aoife Kelly created a project about Scattery Island to honour and remember her Grandfather, musician, John Kelly. Scattery Island played a big role in his music and the Island’s influence can  still be heard in the music Aoife and her family play currently. Aoife’s Great Great Grandmother was Mary Brennan née 1855 from Scattery Island who married John Kelly musician, Rehy. 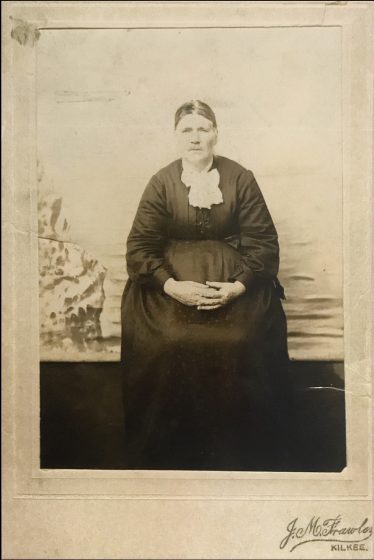 Mary Brennan of Scattery Island is pictured above, in the 20th century. Credit: Aoife Kelly

Enjoy the photos, stories and memories the Kelly family have captured on their website by following this link: http://johnkellycapelstreet.ie/project/scattery-island/

There are more details available about Mary Brennan specifically, and her music here: http://johnkellycapelstreet.ie/project/mary-brennans-favourite/

Many thanks to Aoife and her family for their generosity sharing these stories for all to enjoy.

We would love to hear from you if you have any similar stories or connections. Just contact us!

Posted by Eve Brennan with credit to Aoife Kelly